Get a PDF of the 2016 Fatal Crash Summary here

Our data team has finished compiling traffic fatality data for 2016.  There were 280 lives lost on Utah’s roads last year.

Some areas of concern in Utah during 2016: 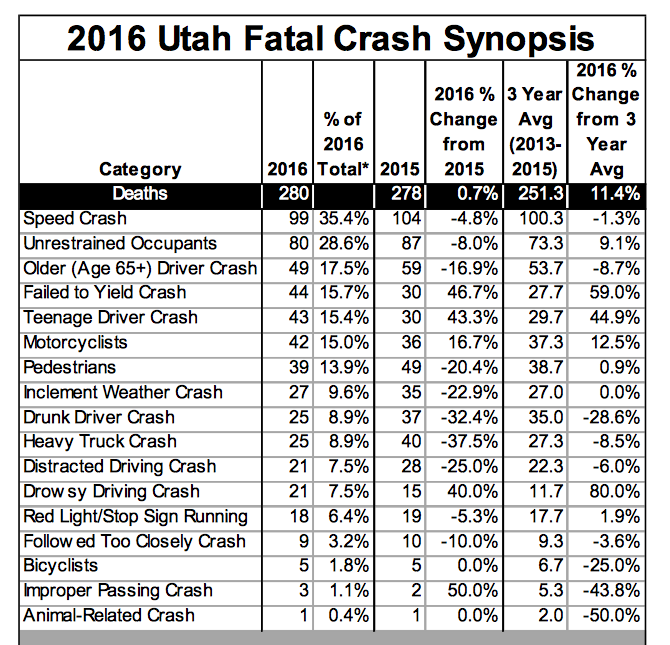 This is a short video from January 18th, when DPS and UDOT released the preliminary fatality numbers to the media. The event featured a display of markers commemorating all of the lives lost in 2016.

Please drive safely. Zero Fatalities is the only acceptable goal.

Get a PDF of the 2016 Fatal Crash Summary here